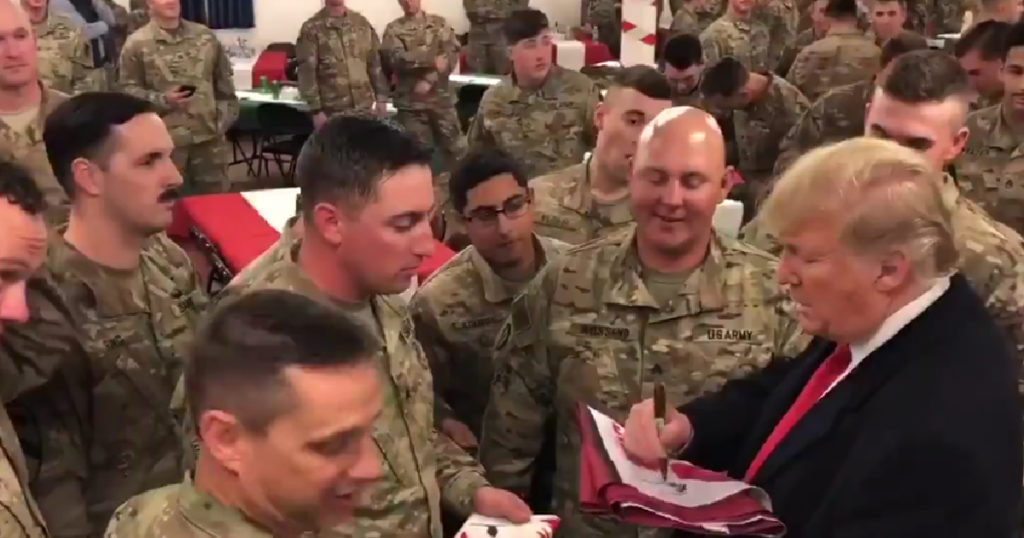 WASHINGTON (AP) — Nearly 6 in 10 military veterans voted for Republican candidates in the November midterm elections, and a similar majority had positive views of President Donald Trump’s leadership. But women, the fastest growing demographic group in the military, are defying that vote trend.

That’s according to AP VoteCast, a nationwide survey of more than 115,000 midterm voters — including more than 4,000 current and former service members — conducted for The Associated Press by NORC at the University of Chicago. It found that veterans overall approved of Trump’s job performance, showing high support for the president’s handling of border security and his efforts to make the U.S. safer from terrorism.

Male veterans were much more likely to approve of Trump than those who haven’t served, 58 percent to 46 percent.

But 58 percent of female veterans disapproved of Trump, which is similar to the share of women overall (61 percent).